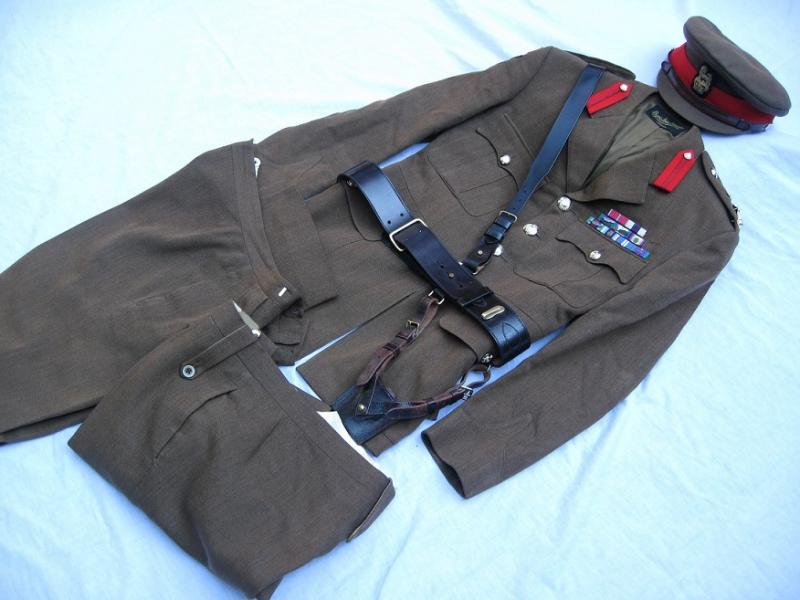 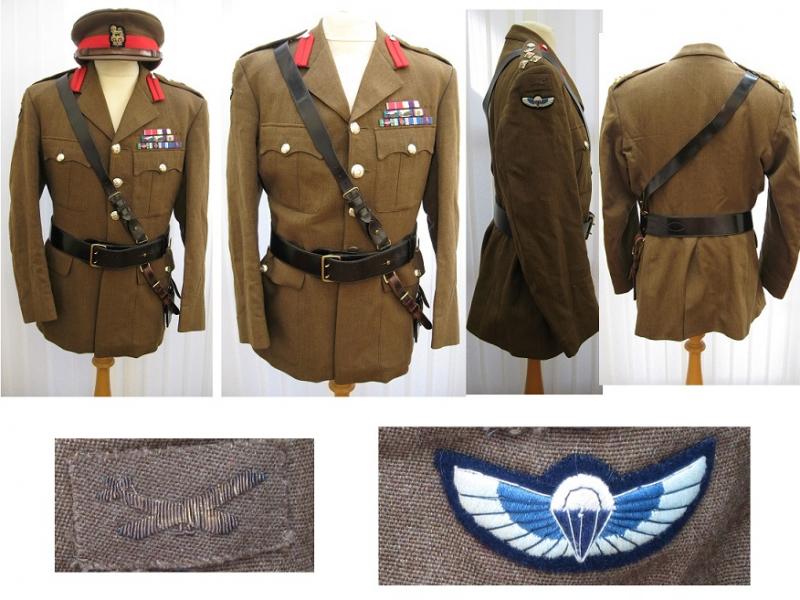 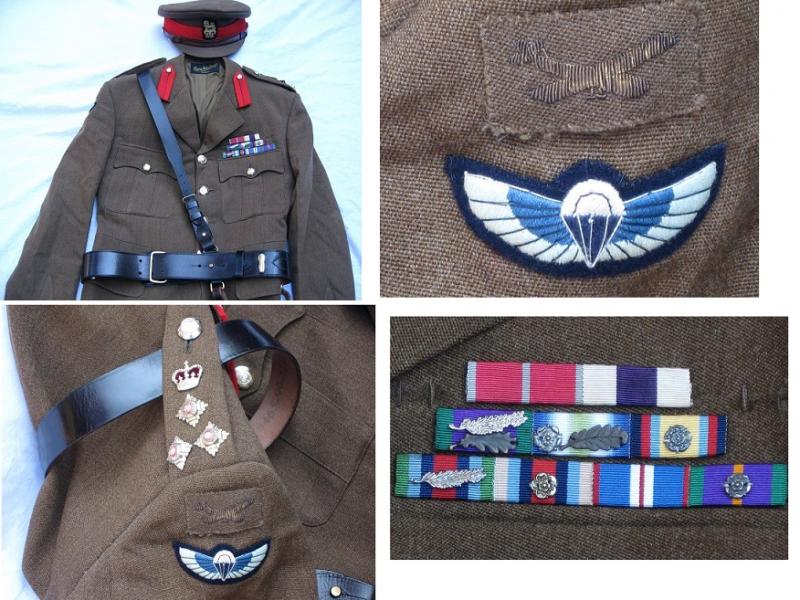 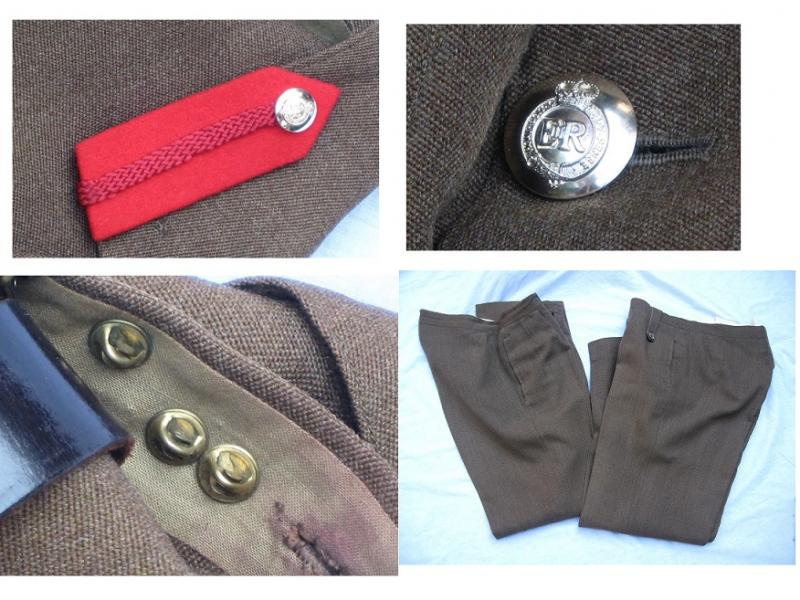 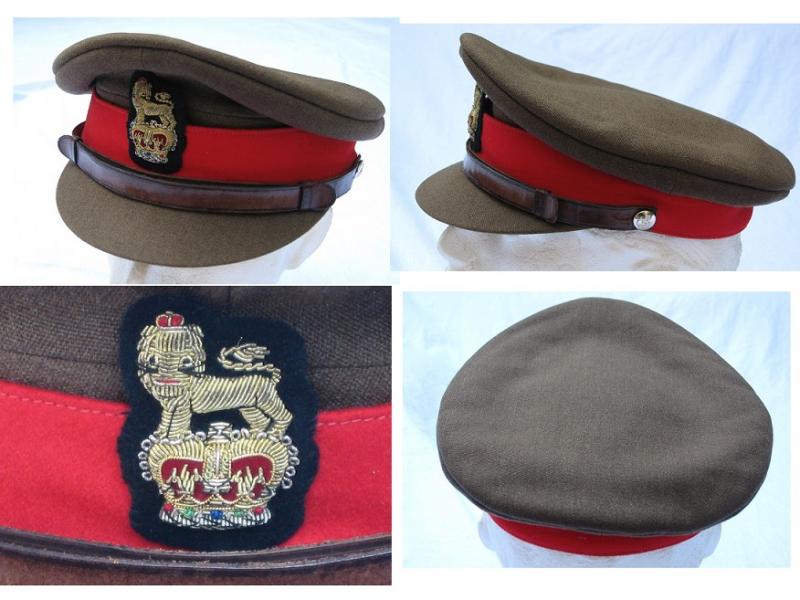 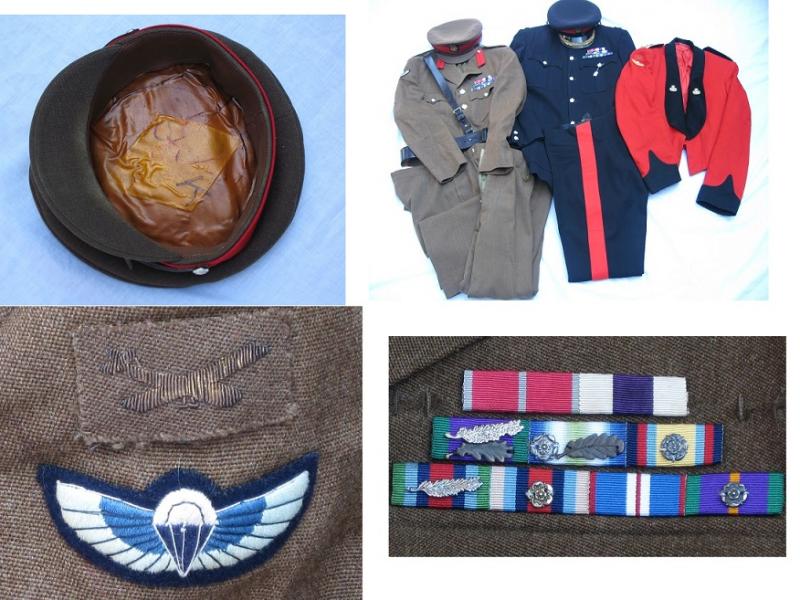 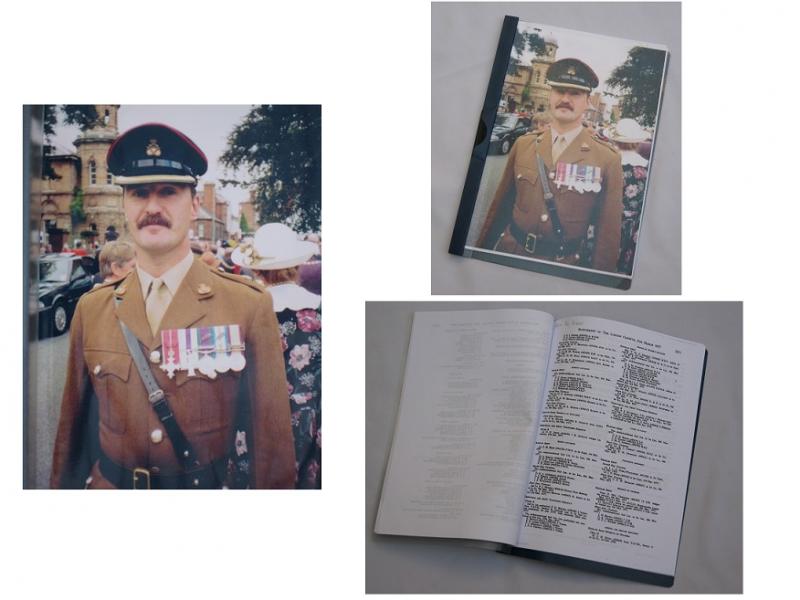 The set Comprises of complete uniform which is a Khaki Four Pocket Tunic, to the front extensive medal ribbon bar, brigadier red collar tabs, shoulder broads with three pips and queens crown which indicates the rank of Brigadier. To the right arm padded gilders patch in blue and white along with SAS insignia, the tunic has a makers label Roger James London, named with 13.12.74 date, the tunic has its original leather belt and cross straps. There are two pairs of khaki trousers. Brigadier Peak Cap is in Khaki finishing with red strip centre band, leather chin strap with original buttons intact, bullion queens crown with lion insignia to top.. The uniform set comes with photocopied Booklet which includes information and photos of Brigadier Simon Knapper. Please note this Sale for the Army Uniform, Two Pairs of Trousers, Leather Belt with Cross Straps and Peak Cap Only, the other two tunics are being sold separately please view our eBay Shop for details. Please see below for the information of his Military Career which extends from the south Atlantic War through to Northern Ireland and Middle East War. Becoming very hard to find original tunics belonging to SAS personnel
.

About Brigadier Simon Knapper was born in 1955 in Douglas, Isle of Man. In 1974 he entered RMA Sandhurst and was commissioned into the Staffordshire Regiment. He served as a platoon commander in the UK, Germany and Northern Ireland. Following command of the Close Observation Platoon in Londonderry from 1978-80 he was Mentioned in Despatches. In 1981 he joined 22 Special Air Service as a Troop Commander deployed immediately to the Falklands. With D Squadron, he took part in direct action operations including South Georgia, Pebble Island, Mount Kent and the diversion attacks around Port Stanley; recieving another MiD. Later he served with the SAS in Belize and Northern Ireland. After returning to 1 Staffords as a Mechanised Company Commander he attended the Army Staff Course. Subsequently, he returned to 22 SAS as SO2 Operations, with responsibility across the whole spectrum of special forces activities; following which he was appointed Member of The British Empire (MBE). Returning to 1 Staffords in 1990 as a Warrior Company Commander, he deployed to Saudi Arabia for the liberation of Kuwait. During the offensive A Company carried out the first British armoured infantry assault for which he was awarded the Military Cross. In 1994, following an SO1 Staff appointment at the Army Staff College, he took over command of 1 Staffords in Ballykinler, Northern Ireland. During the next two years the Battalion experienced the lead up to the IRA cease fire and its subsequent breakdown; he was awarded the Queen’s Commendation for Valuable Service (QCVS). After promotion to Colonel he became the assistant Chief of Staff G2/G3 in headquarters Northern Ireland with wide ranging counter terrorist operational and intelligence responsibilities, for which he was later appointed Commander of The British Empire (CBE). In 1998 as Chief Directorate of Special Forces he was directly involved in a variety of Special forces operations and activities. Subsequently he deployed to Sierra Leone as the Assistant Chief of Staff (Operations) to the Sierra Leone Army. During this time he planned and ran the air relief of two besieged Army garrisons; instigated and controlled the reoccupation of the province of Kambia and kept 15,000 Kamajor Militia to the UN cease fire. He was awarded another QCVS. In 2001, as Brigadier, he took command of 3 Infantry Brigade in Northern Ireland. In support of the police, he oversaw the continuing campaign against Dissident republican terrorists and managed the gradual reduction of the military presence and infrastructure. He was again awarded the QCVS. In 2004 he took up a secondment post as Commander, British Military Mission to the Saudi Arabian National Guard (SANG). As a SANG officer he provided military advice at operational and tactical level and training assistance to develop an effective counter terrorist and internal security capability. In December 2006 he deployed to Afghanistan for 6 months where he worked in the British Embassy Kabul in a strategic planning role. In September 2007 Brigadier Simon Knapper took over as defence Advisor in the British High Commission Ottawa. He retired from the army on the 10th December 2010 Size: Large wonderful condition, I cannot see any moth holes present,