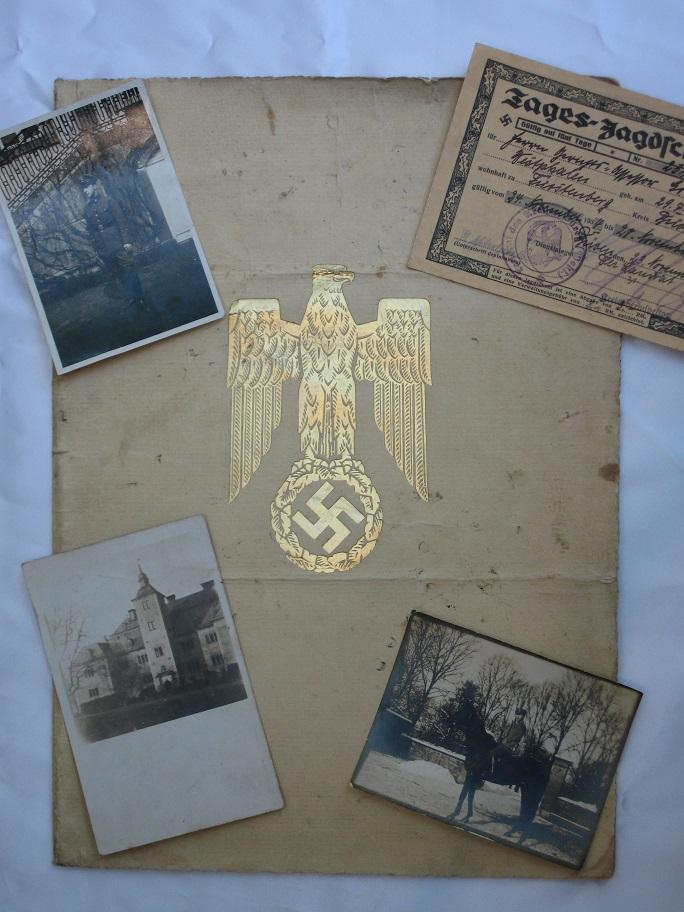 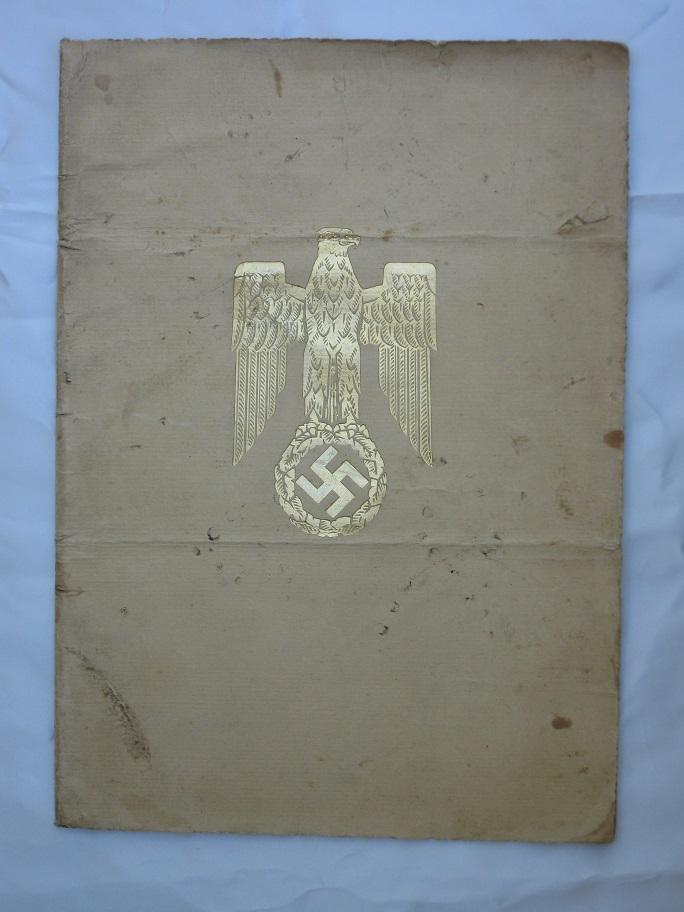 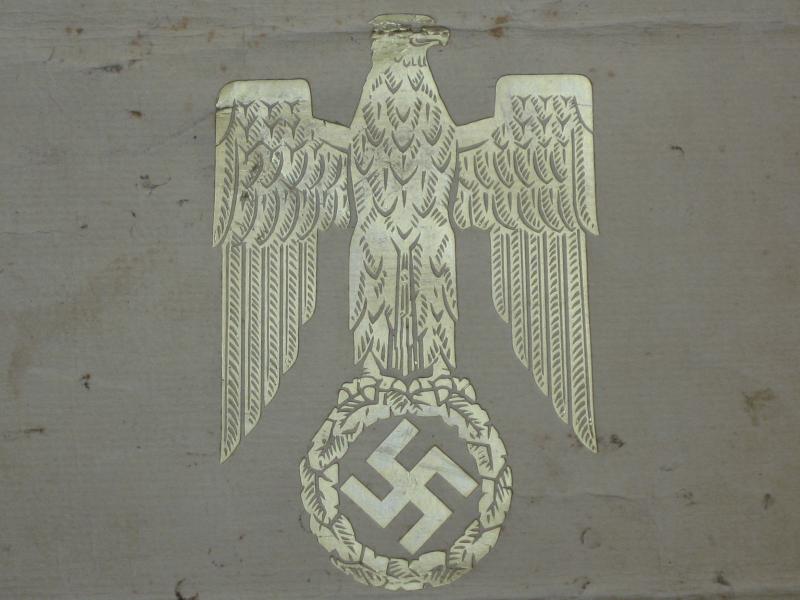 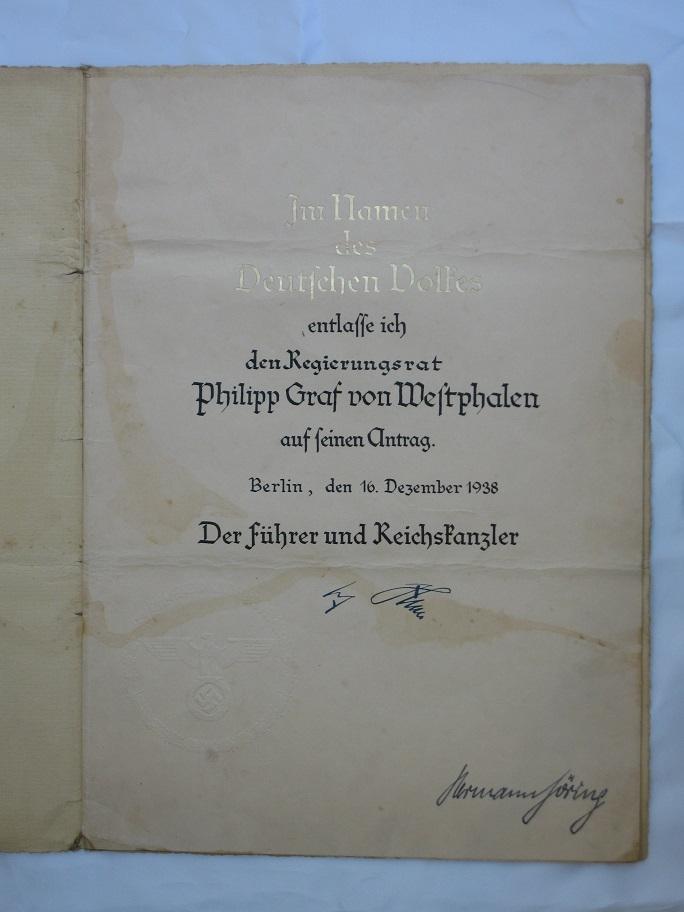 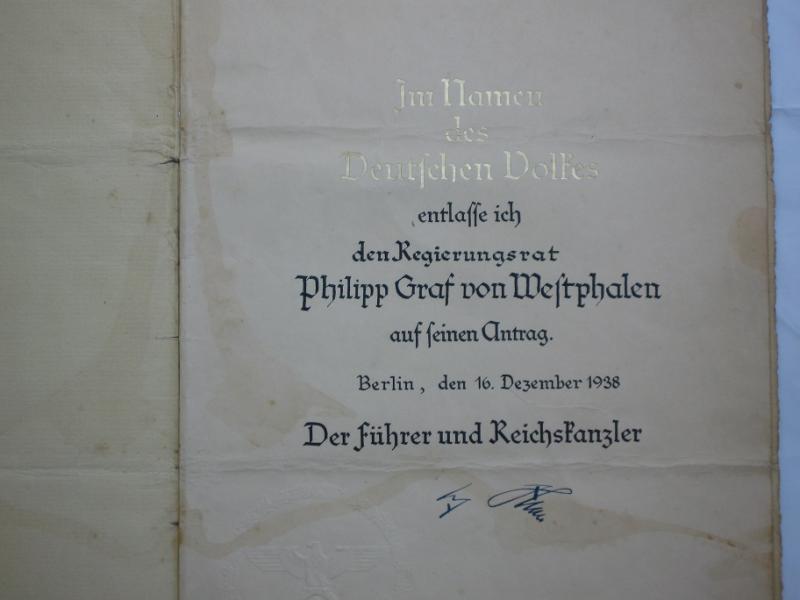 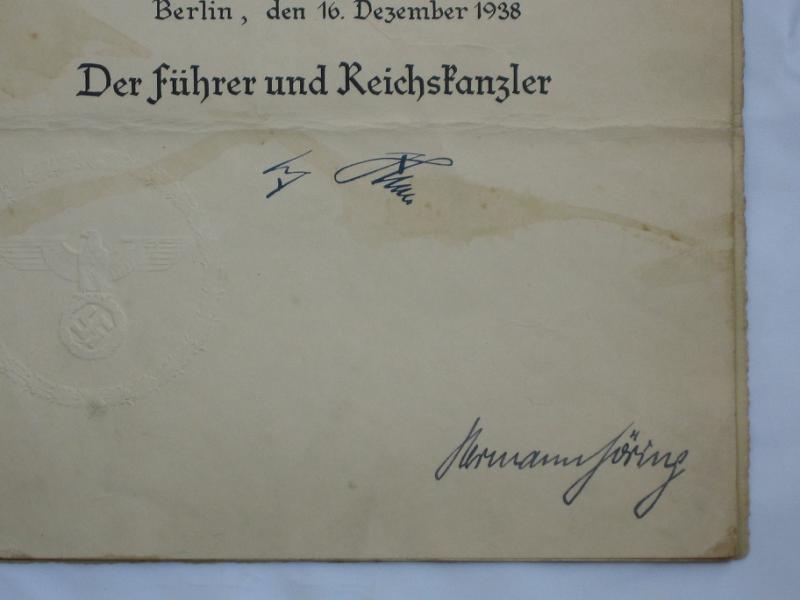 Award/Appointment Certificate Hand Signed by Hermann Goring.
An impressive veteran pick up, group of items to include an official certificate/ appointment along with associated items to Philipp Graf Von Westphalen. This small grouping of items includes an official Reich Certificate/citation bestowing a Ministerial position without portfolio on Philipp Graf Von Westphalen dated 16th December 1938 and hand signed by Reich Minister Hermann Goring, Original back ink Goring signature. The document also carries a signature of Adolf Hitler which I believe to be a facsimile, on heavy buff card cover with embossed gilt Reich’s Eagle along with a further embossed eagle to the interior. Also with this listing is Westphalen’s hunting certificate and photos of himself in Third Reich and pre Third Reich military uniforms, there is also a period post card depicting a stately type home. These items were taken from Von westphalen’s family residence when it was over run and ransacked by the allies. The award certificate was acquired at the time, folded into three and squirreled away after being picked up from the floor of the residence. There are ammunition boot marks on the front cover of the item with clear impressions of hobnails where trodden on before acquisition. The Goring signature is clear and in undammed condition in a blue/black ink. Von Westphalen was born in 1907 and while serving with the German armed forces was killed in action in 1941.
Hermann Goring was Reich Marshal a German Politician Military leader and a convicted War Criminal and chose suicide after being convicted at the Nuremberg Trial in German in 1946. He was one of the most powerful figures in the Nazi party. A veteran World War I fighter pilot ace, Goring was a recipient of the Pour le Merite.