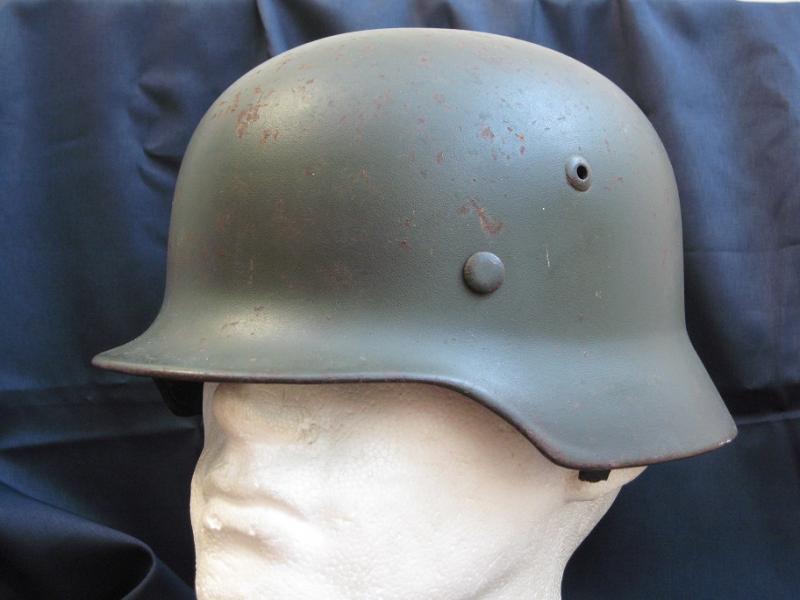 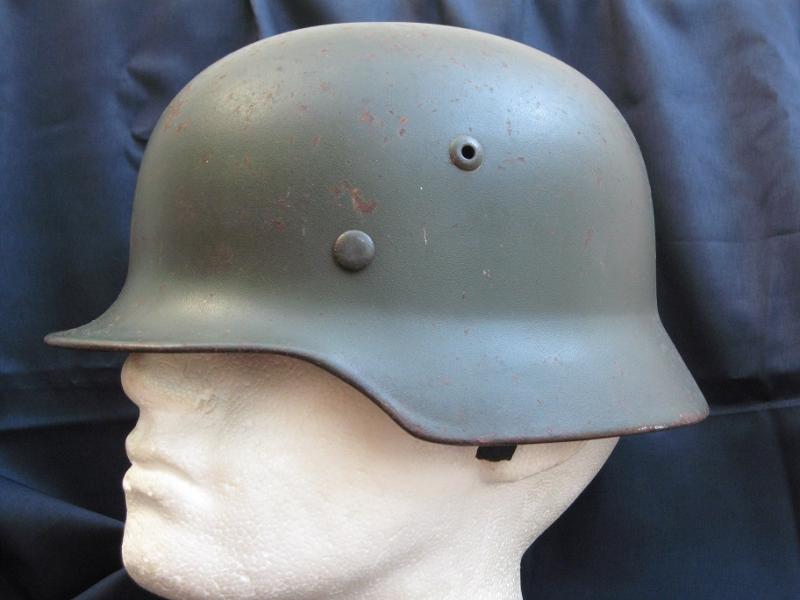 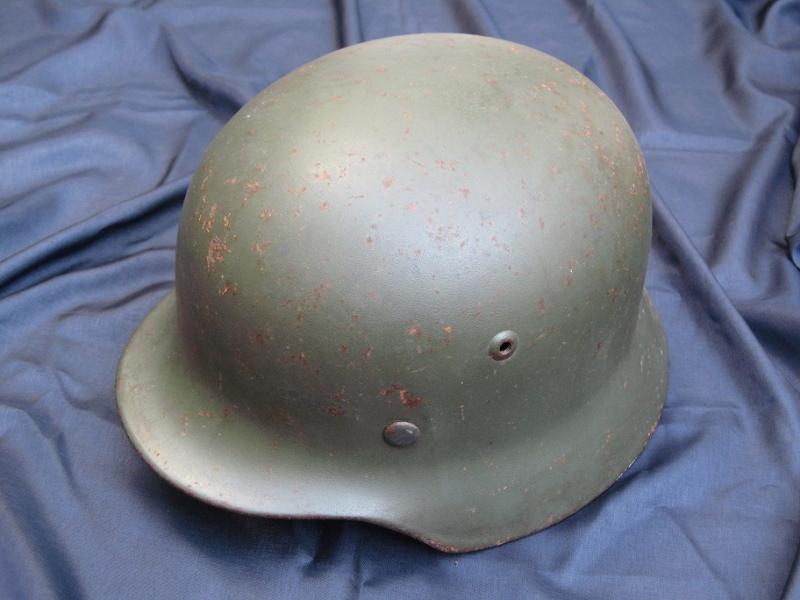 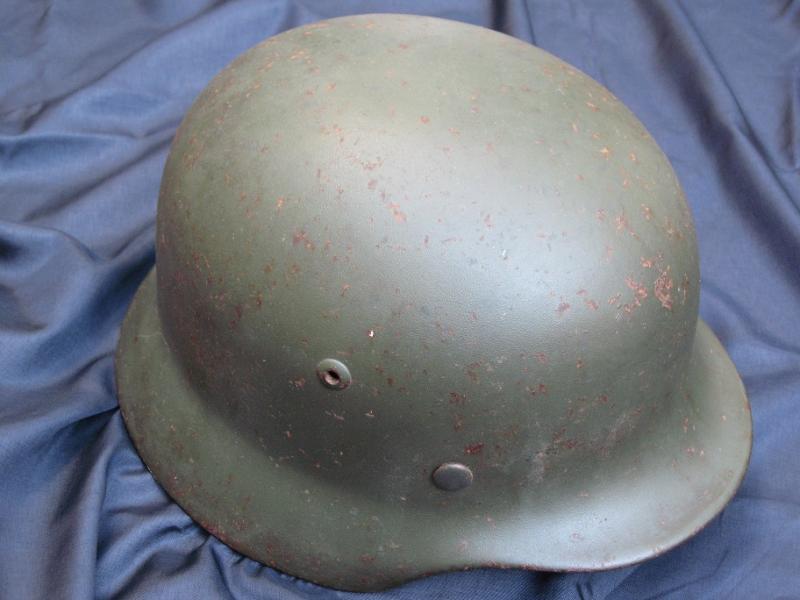 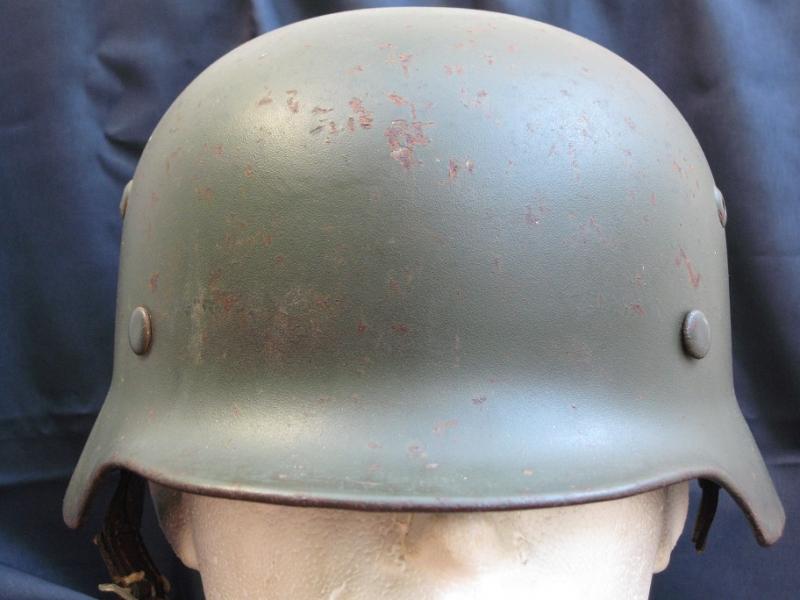 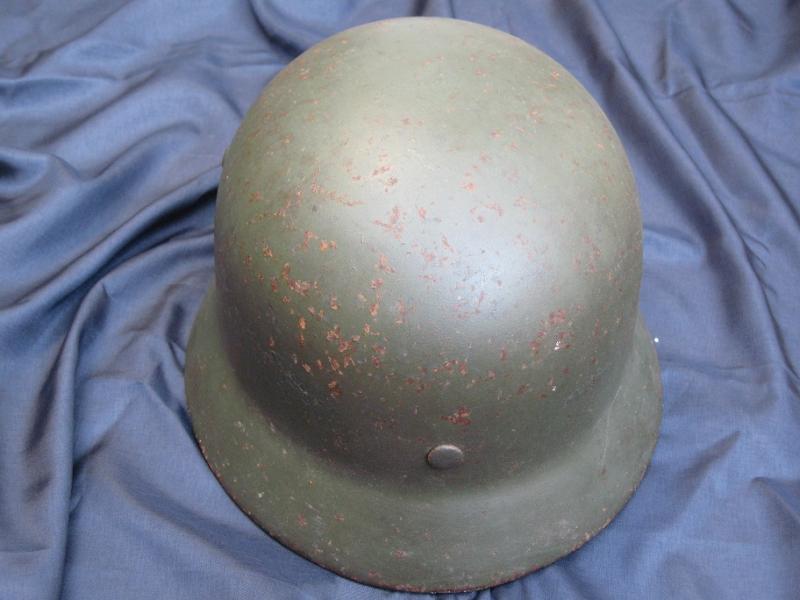 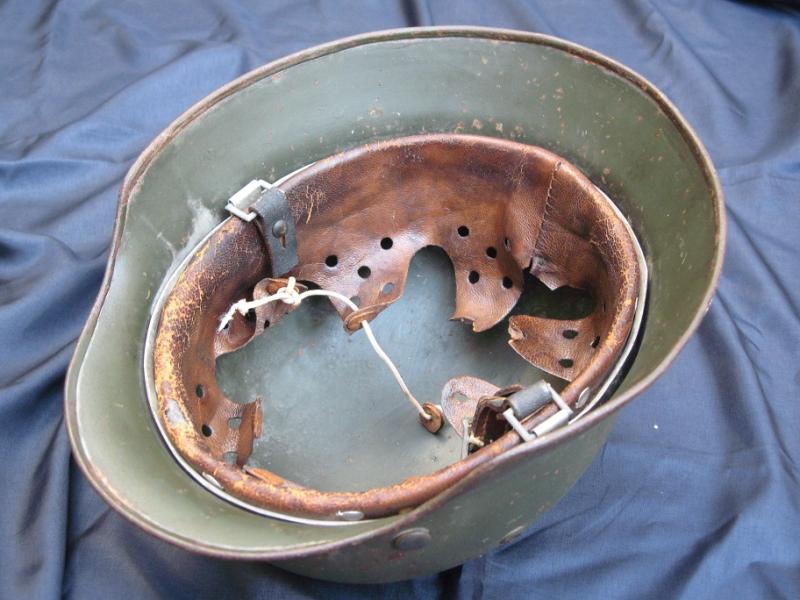 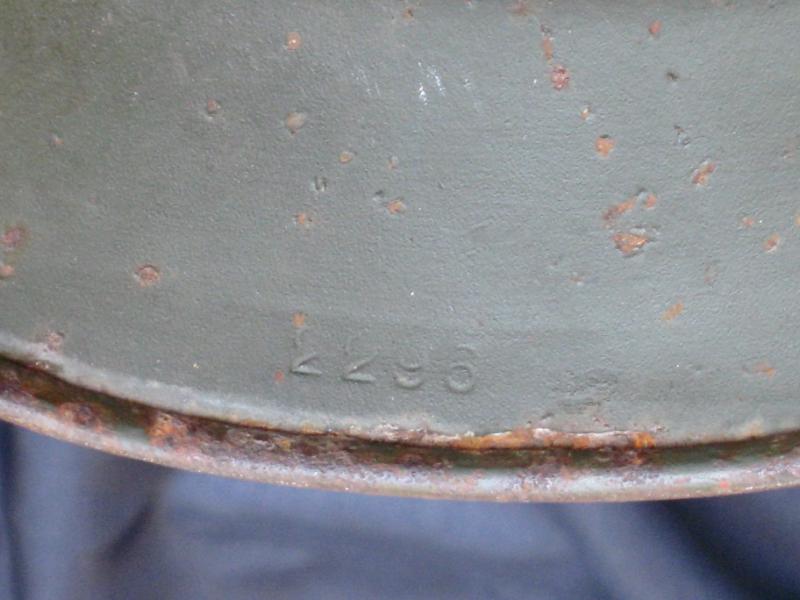 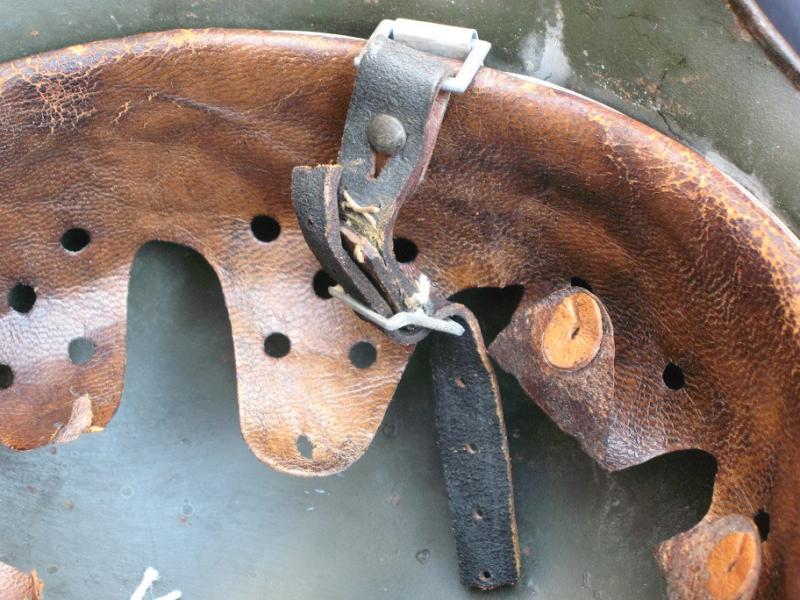 German WW2 Army M40 Combat (Heer) Helmet without Decals. A very nice example of an Original WW2 German Combat Helmet. The helmet has some abrasions obviously due to wear, still in fine condition and has a good thick paint finishing. Has an original liner to inside, the chinstrap is partially present a portion is missing but attached to the Helmet. Also marked to liner size 57 and stamp numbers to the inside 2296 and to the side NS64, which is worn but still present. All in all a good example of genuine wartime German Army Combat helmet.