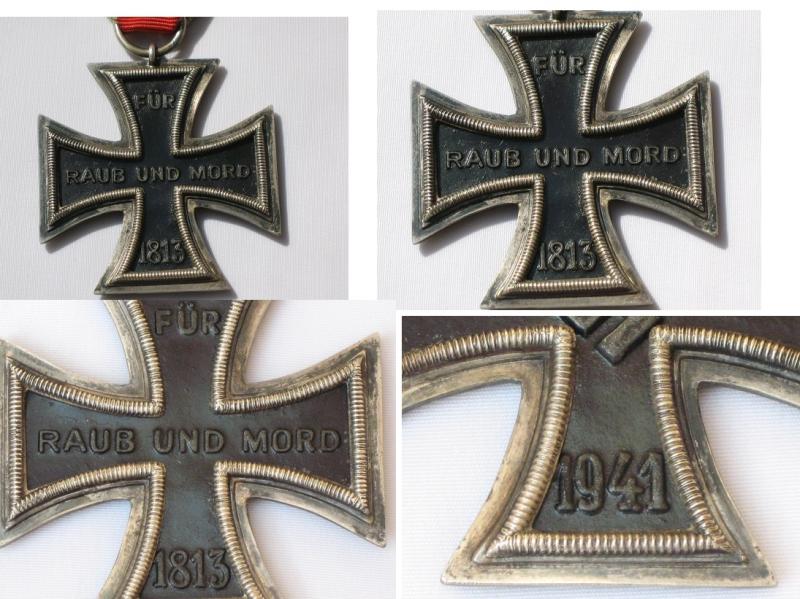 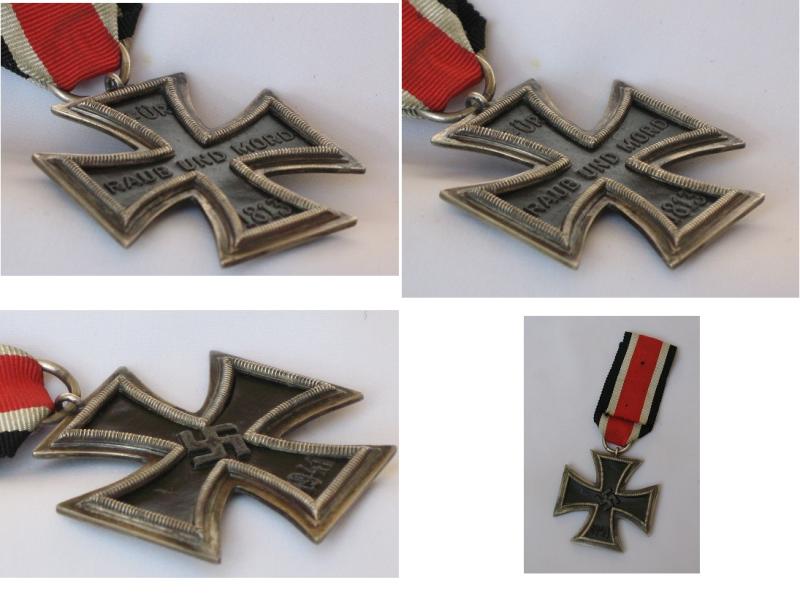 WWII Rare Russian produced Propaganda Leningrad 1942 Medal. This is a Russian Produced Medal Not German. A very rare and good example of the Russian Propaganda Leningrad Medal Fur Rauf und Morb (translates to For Robbery and Murder. A Russian Propaganda Cross Second Class in three piece construction white metal frame with magnetic core and in very good condition. Based on a very few contemporary witnesses it is alleged that 500 of such crosses were produced in the besieged city of Leningrad presumably in 1942. The order for production was given by the special propaganda department of the policy administration of the Leningrad Front, via Soviets scouts and partisans. The crosses were supposedly deposited in small quantities in areas where it was known that German soldiers would stroll around ie in the surrounding dwellings, bureaus, wehrmacht homes, casinos. At a glance the medal looks to be a typical German Cross Second class but closer investigations reveals some not so subtitle differences. The front of the cross has the German swastika and the date 1941 rather than 1939. The opposite side of the piece has the date 1813 reflecting the time when Prussia’s King Friedrich Wilhelm III instituted the award but with writing above fur Raub Und Mord translated from German to English mean for Robbery and Murder made by the Soviet Union in 1941,it calls attention to the fact the 1941 date was the year the Soviets were invaded by the Germans. A rare but still controversial item. Once Again this is not a German Cross it is Russian. Size of cross excluding suspension ring approx 48mm x 42mm, very rare on 500 were said to be manufactured.