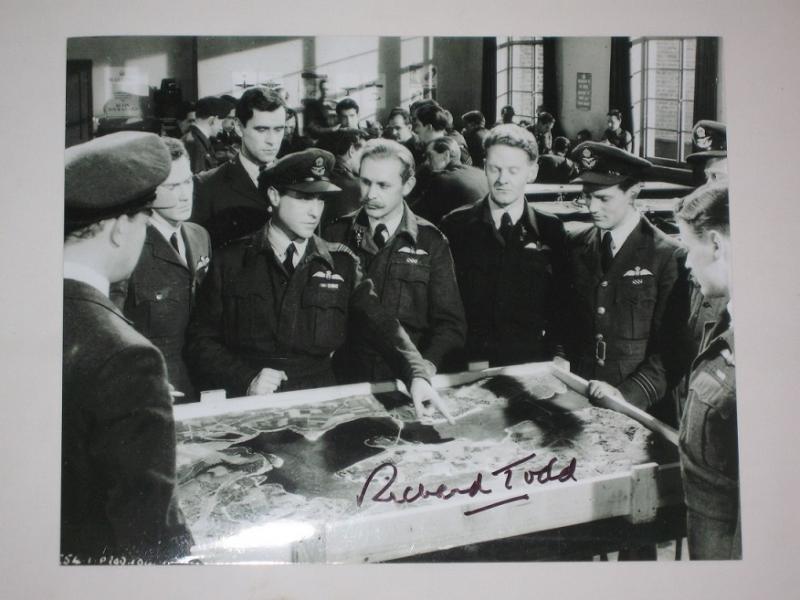 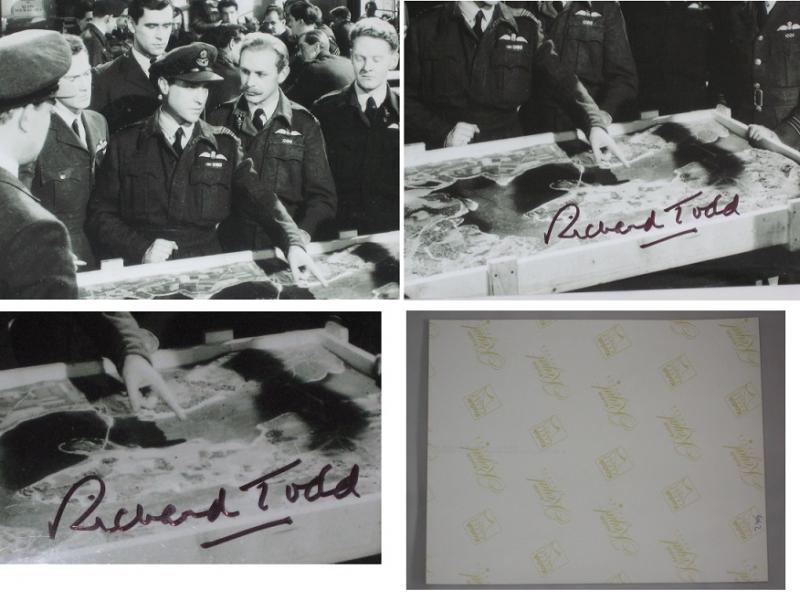 Original hand signed photo Richard Todd Dam Buster Movie 1955. Totally Original Black and White Photograph showing RAF Pilots/Staff discussing the famous daring raid of the Bam Busters, where they are pointing to the Dams that need to be destroyed and the operational details and strategics. The Pilot Taking charge of discussion is former RAF Pilot and Actor Richard Todd who played the famous Lancaster Bomber Squadron Leader Pilot Guy Gibson in the famous Dam Buster Movie. This was an absolute superb movie if you have any seen it, the Dam Buster Raid is one of the RAFs most famous raids during WWII, such artifacts from the Dam Busters themselves command many thousands of pounds, a unique opportunity to see the insite on how the raid was orchistracted through the moive. This photo is hand signed by an original RAF pilot and lead actor in the movie Richard Todd. The photo and signature is a good displayable size of photo only 10x 8. super condition with bold signature.